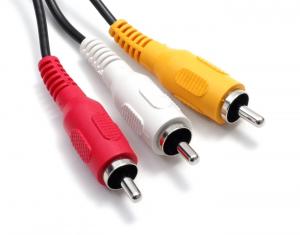 I have been streaming on Facebook Live, the mini concerts that we do between modular synthesizer fans. The sound quality is for me there more important than the video.

If you use an iPhone, you cannot use the mini jack plug to give you more than a mono sound, despite so called stereo splitter. Also the analog to digital qualiy is not that great.

So how do you add stereo sound to your video?

After much research, I found out something relatively portable, a Line6 Sonic Port VX. It has a stereo microphone, but also has a stereo line in (aux input). With 2 cables, I can power it using a normal USB cable and connect to the iPhone. It serves two purposes, power the phone and send the digitized version of the stereo input signal. 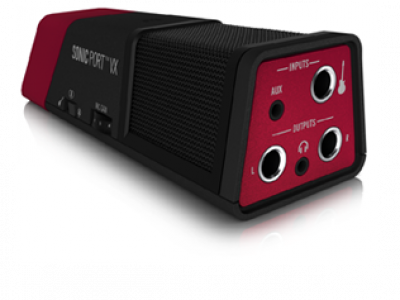 Line6 Sonic Port VX
On Facebook live, this send the video with stereo sound. I can then interface the synthesizer mixer to the line6 and record high quality audio with my videos.

This is not a live video, but I recorded it in live conditions, and at the end I just needed to export the result to YouTube.

I got interested with 360 video camera. The criteria was to be able to record for long sessions. Therefore it needed to have an SD card and a way to power the camera.

I first purchased and insta360 nano, which can be standalone, and powered by a USB cable. It has relative good video quality, but in standalone mode you don’t control much.

I then purchased an insta360 one. This is about the same as above, but it has 4k video, a gyroscope for stabilization (so even if your player does not do 360 video the horizon is straight and not a wave), can record video in log format (it is a linear color space, that requires color correction in post processing, but keep a lot of the information in over exposed and under exposed areas), can be mounted to a tripod or selfie stick, and can be bluetooth remote controled.
Both can be mounted on an iPhone, for live streaming, but because they use the lightning port of the iPhone, there is no way to connect something like the Line6.

So the Stereo has to be done in post production. Luckily video software, like Logic Pro X, can automatically sync a video+audio, with another audio file. It allows me to replace the mono sound from the internal mix, by better stereo quality.

However the processing takes lot of time and space, and then, I cannot do a 360 live with quality sound.

I looked a professionnal 360 camera, and same, it seems the audio is like an after thought… Someone pointed to me that in the professional world, there is a video and an audio engineer, both have their specialised equipement. This is why professional video camera may have limited audio capability (just enough to do the sync in post prod) as their function is not to record the audio.

I recorded and post processed the PowWow live session we did in San Francisco at Linkedin using the insta360 nano.


Notice the over exposed area in the window. This is less of an issue with the insta360 one, because you can remote control the exposure, and the video can be in log format, you keep quite a good range of information. As you may notice on this video, the inside of the train and the outside remains clear:

This can be tricky, because the client, will adapt to the network conditions. The video with stereo is sent to the server, but it is processed and down converted to support the many bandwith conditions of the clients. It is the client that will more or less decide if the sound is stereo or not.

Later on, the video, will be kept in many formats, but the original. I have seen videos loosing their stereo after I edited the post they were in…

High quality audio is subjective, and people can tolerate low quality sound quite well, hello mp3 in 64kb/s formats (or less). But then very high quality sound can be a gimmick, because the human hear cannot discern much and loose its quality capabilities as you age.

I get strange looks when I say I cannot stand FM radio and prefer to play a CD. This is because, while FM radio is stereo, the audio bandwidth is somewhat limited,and I/you can hear it.