The Bay area has seen the creation of Buchla, Sequential and E-Mu synthesizers to name the most famous.

It is organized as a timeline

The following people have contributed to this music history:

Many thanks for making this more informative and accurate. All errors are mine. 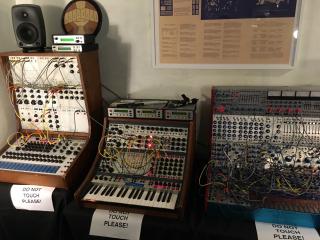