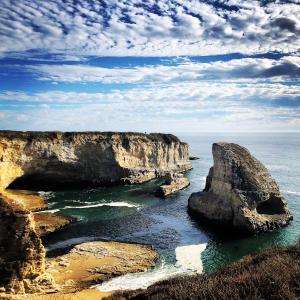 Since my last album "elements", I wanted to explore the world of quadraphonic. I have released a few 360 videos on YouTube with ambisonic sound (spatial sound), but they were often from a stereo source.

I got invited to perform at MusicLandria in Sacramento, and as I had purchased the WMD mixer, I mounted it on my modular Synthesizer with the ToppoBrillo mixer. I had four channels!

I needed to move to the next step: have the proper quadraphonic panning module. I sourced a Koma Eletronik Poltergeist module, which is not manufactured anymore. I changed my sound output using several Intellijel 1U stereo out with headphones out modules. I now had 4 TRS outputs with 2 headphones outputs, the later to use with a field recorder.

Now, I needed a concept, and idea for an album.

I started to create a patch and over few weeks started to refine it. I performed this patch during a private event, with quadraphonic sound. It allowed me to improve it, see the public feedback. It was a 30mn performance. 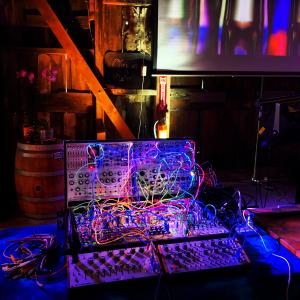 First version of the patch


I needed something of that length but with shorter parts. Music services do not work well with very long tracks. However, I also wanted an album. The idea of creating an album based on the same patch but with variation in theme, tempo, voices, emerged. It is a bit like a symphony which has different movements, but I'm not of this caliber, so I decided to call it "Symphoney"

I worked on it, trying various variations, then for my birthday on 27th October 2019, we rented a house at Lake Tahoe and I brought my equipment. Back to my studio, I listened to it, and realized it could benefit from two other tracks. I recorded track 5 and 6. 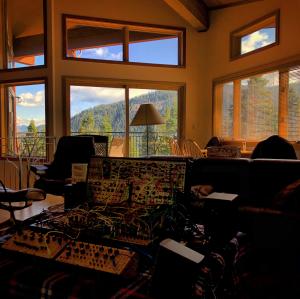 
Now I needed to prepare these tracks, for quadraphonic experience. Music services do not understand anything which is not stereo, so I mastered the tracks for binaural listening and I mastered them for 5.1 sound.

Binaural, is a 2 channel format, like stereo, but it takes into account the location of the sound sources, and will modify them in phase, panning and volume to mimic if a microphone in each of your ear was recording the music. This format is suitable for all music platforms and should give you a sense of space if you use headphones.

However, the 5.1 sound is the one closer to the original, but the standard format is only for movies. it required videos. I added videos that I shot in Fiji, and also the video I recorded during the recording of track 5. I made a DVD out of everything. You can get this DVD, and play it in your home theater. It is 5.1 but the center channel is silent, so you can have a quadraphonic experience at home.

About the Bandcamp release:

These yearly contributions, $20/year or more, allows me to better plan for new releases, and manage in advance some production costs.

If you want to enjoy the full quadraphonic experience, please purchase the DVD which is bundled with the CD of the album "Elements". 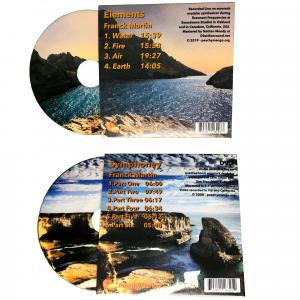